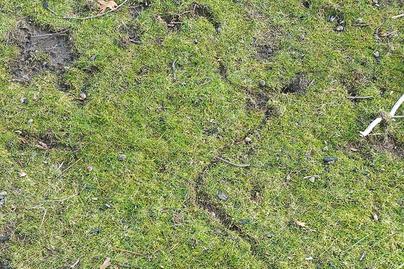 Meadow Voles (Microtis pennsylvanicus) and Pine Voles (Microtus pinetorum) are the two species found on Long Island. Their average lifespan is only 6 months to 2 years. They measure between 4”-7 1/2” long and weigh around 1/2oz-2 1/2oz. Meadow voles are the larger of the two and have a longer tail that extends past their hind foot. Both species use “runs” or tunnels to navigate through lawns, golf courses, ornamental plant beds and gardens. Their runs can sometimes resemble lightening bolts with sharp jagged patterns and can almost look like small mole burrows just below the surface. Unlike moles, their runs usually end flush and are not know to have large mounds. Voles are prolific twelve months out of the year, they even breed and bear young in the winter months. Their tunnels are very noticeable after significant snow accumulation because they stay very active and eat grass roots under the snow leaving telltale dead grass tufts after it all melts away.

Voles are vegetarians that eat perennial bulbs, vegetables, garden fruits, shrubs, legumes, potatoes, root crops and grass. They also girdle trees by eating the bark off their bases, which in turn usually stunts or kills the affected plant. Voles are diurnal, so they are active both day and night. They spend almost eighty percent of their time underground but come out to forage for food and water. When you see a vole on your property, remember that they live in colonies, so that may not be the same exact vole you see each morning. 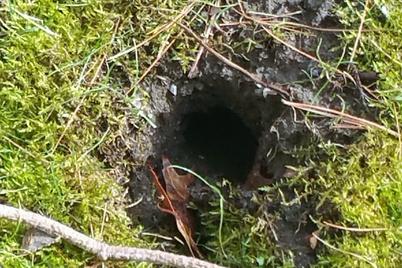 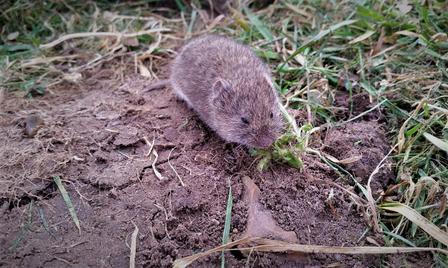